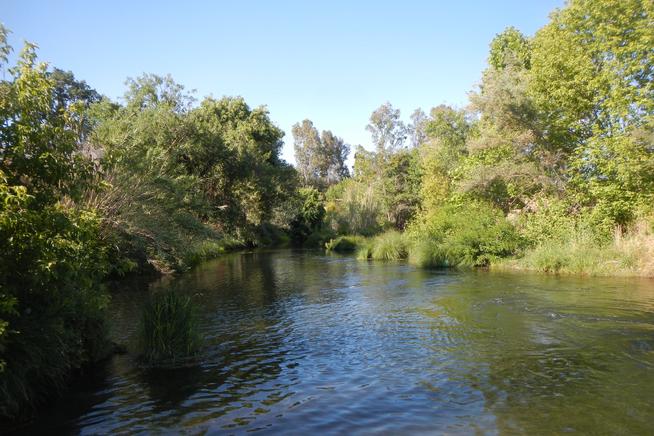 Beaver were commonly observed in the "unrestored" slower moving sections of the creek through Winters and in the numerous ponds. The beavers appeared to feed mostly on aquatic vegetation. They have been mostly displaced upon "restoration" of the Creek along with mink and otter once seen.

Great blue and green heron were frequently seen from the  path along Putah Creek through Winters. They and many other year-round and migratory birds are now rarely seen along the "restored" narrowed channel.

Ducks and geese only frequented the larger ponds of Putah Creek through Winters before "restoration". Hooded mergansers, seen here, were joined by wood ducks, mallards, and Canada geese. They and many other year-round and migratory birds are now rarely seen in the new "channelized" creek after channel realignment nd "restoration". 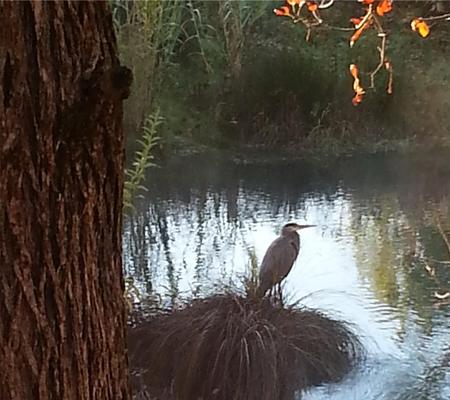 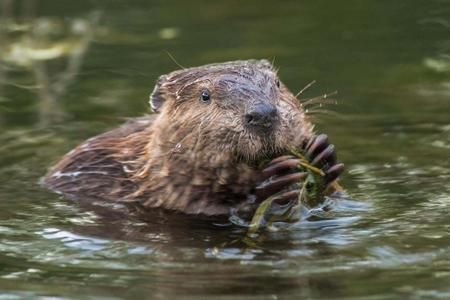 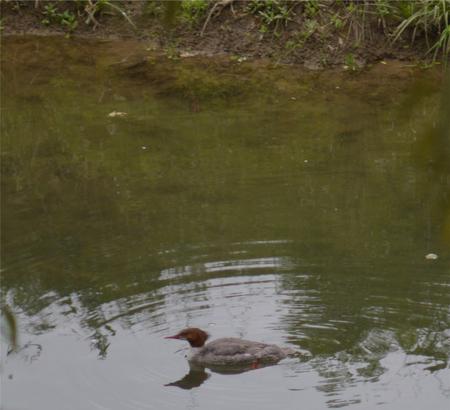 Sections where the Creek channel has been narrowed  and "restored" provide better viewing of spawning salmon for a few weeks of each year, but fish and wildlife that were previously found in the "unrestored" sections are now scarcely found where the channel has been narrowed. These include heron, egrets, kingfishers, ducks, geese, pond turtles, beaver, otter, mink, and some native fish species. Following are photos taken of wildlife previously commonly seen in the wider, “un-restored” sections of the Creek that are now scarce after "restoration .